Most people have the perception that you need to have a whole pile of capital before you seek out a Financial Planner. Now, there is no doubting that what we do is look after wealth accumulation and provide financial advice to people, however that can come many forms.

It could simply be a matter of putting you in the best financial position we can considering your current financial situation. Wealth accumulation is not always about investing with the capital that you have already generated, it can also be about generating the capital in the first place!

In the past we assisted a Client that wanted to sell up their property within the next couple of years and move. In doing this they were prepared to walk away with $20,000 still owing from their mortgage. So seeing the Client’s weren’t moving for a while, we were able to work with them to improve their future debt position. We guided them in paying off some smaller debts that had high interest rates. In this case they were credit cards. Within six weeks the first credit card debt was gone. Within another four weeks the next debt was gone and so on and so on. Each time a debt was paid off our Client would simply redirect their cash towards paying off the next debt. Two years later the Clients were able to move debt free. So in their situation there was nothing to invest but engaging us saved them at least $20,000!

Another Client we worked with was quite young, very good with money and wanted to by investment properties but didn’t have a lot of savings. So we looked at their current situation and suggested that they restructured their mortgage to receive a line of credit. They then focused on repaying the line of credit as quickly as possible, before using their repayments as a deposit for their first investment property. So again, there was no actual capital generated in the beginning and instead we worked on a wealth building strategy where they were able to generate the money they needed to move forward.

In both cases we were able to implement wealth building strategies based on the Clients current financial positions for less than $1000. So as you can see, you don’t need to have hundreds of thousands of dollars in the bank to start creating wealth, you just need to make an appointment for a general discussion with us and you will be on the pathway to financial freedom. 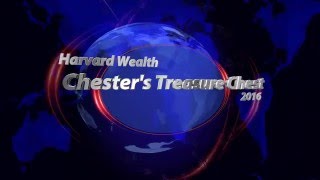 $1.2 Billion in unclaimed money in Australia

Are you deciding on a name for your Business?